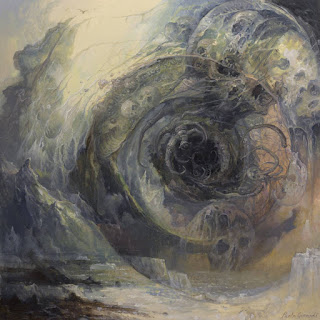 There is a wealth of incredibly progressive heavy music coming out of Italy these days most notably bands such as Sunopcrisy, Storm{O} and for the subject of this review Verona’s, WOWS. It’s always a pleasure to stumble upon gifted bands that know how to actually write movement into their songs. WOWS are extremely capable and individually bring immensely raw songwriting talent to the table. It’s a rare find indeed to discover such a skilled collective that are so immersed in their craft. I had the opportunity to connect with WOWS guitarist, Matteo Baldi recently and he was kind enough to share some thoughts on what the band represents.

“We are six people who love music and want to say something in it to the best of our possibilities.” offers Baldi. “Our creative process is different for each song but, the main work is in the rehearsal room where everybody can contribute with an idea and where we can actually hear how the songs sound.”

And what exactly is the sound that WOWS delivers? A deeply introspective and atmospheric post-hardcore element definitely runs through “Chakpori”. It’s a song that draws the listener in a little at a time with hushed vocals and a percussive, distorted lead riff and bass line. But, this is only a taste from their 2015 release. “Vocal arrangements are one of the most important things in our records. We like to keep it clean but also violent and raging. We used English but we tried to get out more feelings than words in the songs.” explains Baldi. “Some songs have abstract and imaginative lyrics such as ‘Alaska’ and ‘Riwka’. Or others we used some really dark images and feelings to match the intensity of the music.”


So how did WOWS decide on “Chakpori” as their latest single and how is it relevant to the band?

“Actually, ‘Chakpori’ is the last video we published for our 2015 record AION before releasing new music. The first two videos are ‘Riwka’ and ‘Nemesi’ if you might wanna check it out. ‘Chakpori’ for us is a very significant song. It sums up our style and our idea of music and it’s for sure one of the best songs we’ve written.”

For a clearer idea of where the band is coming from musically, I cut straight to the chase and ask Baldi to shed some light on WOWS’ influences.

“Many bands I could write here and many musical genres as well. Let’s say we took something from Tool for sure, from Cult of Luna, Amenra, and Neurosis but also from Radiohead, Portishead and Massive Attack.”

I’m starting to get the picture. Crushing yet darkly beautiful, WOWS seem to have a penchant for the surreal and the sublime. In particular, “Chakpori” does a magnificent job of presenting the ideals that WOWS embrace.

“We like to mix our influences, we don’t aim to follow a specific kind of music.’ says Baldi. “We just want to make music that means something for us and hopefully to whom may listen to it.”
If you’re looking something fresh and intensely moving, check out WOWS. Authentic and innovative, this is a band you won’t want to pass over.